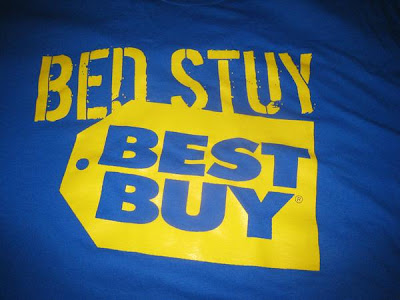 Yeah Im sure many of you are all excited for the rock the bells festival, and the fact that almost 10 “130 lbs”” and less acts will be rocking the electro stages while money is being spent on red bull (crap) to dance and not spent on quality CD and shirts like this one above.
Nas will give you a new title. Cool Kids will make you ride your black magged bike across the USA with my homie Naledge taking yall to class with Kidz in the Hall. A giant black man with boots and 6XL tees for the summer named Poison Pen will extend his Jew fros to new limits on stage with Billboard Rza topper Immortal Technique. 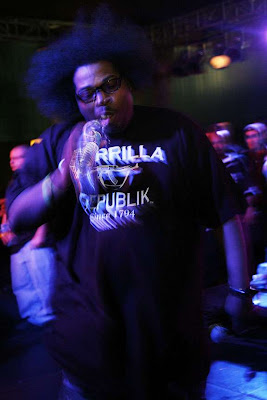 Poison Pen displays Revolutionary Brooklyn Music that shall mash pit you out in a dance that reminds me of “tango in the projects.” Be sure to get a 6XL size shirt for your grandma’s night gown or beach towel at the merch booth. Don’t worry girls. He also has love music and smaller sizes in the shirts too. An exclusive mix tape for the Rock the Bells festival that does not feature me on it at all (to much of your surprise) will be available exclusively at each Rock the Bells but unfortunately no photo cover is available at this time. Pen skipped shul that day and well, I guess we missed out. Regardless or not…he kicks serious ________ so make sure to grab up all his stuff at evey show. Until you do that, send him messages below at his myspace about how Jewish that video with Nems makes you feel on the inside.

show him love at

ps. He has an album in stores too called Mark of the East

I bet you wish you were there.-scifentology II tourKILLAH PRIEST and kosha dillz:)