Chanukah is sort of this story of miracles….where they only had enough oil for one night but it lasted for eight. Imagine if a show promoter had enough money for 1 show…but paid us for 8! Well that probably won’t happen, but one thing that will is that great stories and people will be shared when they least expect it. Thats why I wrote a chanukah article after it finished!
I think that we can all say the holidays are times where we are open to great stories of people shedding light, and since Chanukah is a holiday that represents that, I made my own little list of artists that inspire me and have been great to me in my life. Ideally, you’re all gonan check them out , be really stoked, and buy everything in their catalog.

I orgiinally posted an artist everynight of the holiday and paid for it get promoted on my Facebook fan page, so lets hope they earned some new fans.

1. Hey friends. As we all know the first day/night of Chanukah was amongst us, I would introduce you to Sirah. 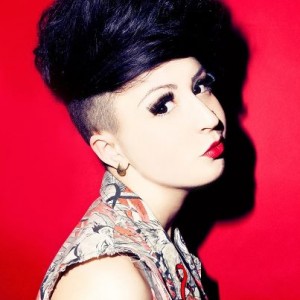 I met her in 2007 when she was 19 and now she is 25. All I c an say, is that Sirah is inspiring and gives many of us rappers and rockers hope for the future. She is also a great role model for women. I walked the red carpet this year at BET and it was amazing, but my girl here, she is nominated for The GRAMMYs and she will probably win too. WHo would ever think a small girl from Long Island would rap about sundip on a Skrillex track and become famous? She would travel all over the globe and sleep on carpets and floors, and now she’ll walk the nicest carpet of them all at the Grammy’s.
Root for her and Enjoy her free mixtape and check her out.

2. For my 2nd artist of Chanukah we have Homeboy Sandman 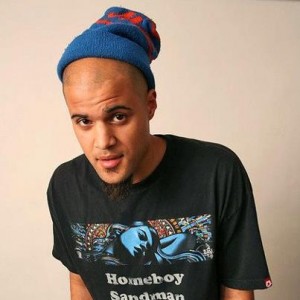 Homeboy Sandman is a great friend of mine who has single handedly brought back the essence of “NYC backpack rap” without the back pack. Not only is he law school drop out that didn’t drop out from his grades, but a law school drop out that decided to take over hip hop and be the first signee to west coast Stones Throw Records from NYC ever. I think the genuine support of his love hip hop shows when he is front row at every fellow rapper show.

For that reason, he deserved to be the 2nd miracle of Chanukah. Shed Light brother! After i posted this he told me that he was at SXSB( south by south bronx) and was on a panel and he spoke on it. All he told me was that he spoke about “The legend of Kosha Dillz.”

Do you know about the legend of “Homeboy Sandman?” who wries for Gawker and Huffington Post ? Its true.

3 Flex Mathews aka: The Handsome Grandson is the 3rd Chanukah artist we have that sheds light unto the dark! 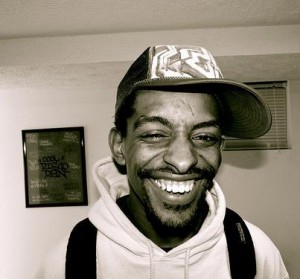 My bro is official , performs with everyone from Damu the Fudgemunk to Thievery Corporation , and has an album coming out this January. When he is not rapping in bands or freestyling everywhere in the world, he is taking care of his Grandma in Washington DC or teaching kids during the day. He was also voted the best rapper of DC this past year, which makes him like one the best rappers period. make sure you check him out! I got in touch with Matisyahu this past week and Matisyahu put him on stage in front of a sold out crowd at the 930 club. That was a tight present. Two nights earlier he came to watch me play with Moshav band and Alex Clare, and we would then eat at the Diner on Adams Morgan like we always did.

4. Mod Sun is a rapper from Minnesota that continues to put a smile on my face not because he is so happy, but he will never stop smiling! For this reason, he is the 4th candle of Chanukah. 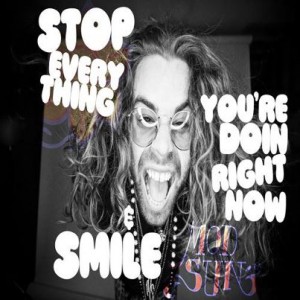 Its true. He truly embodies the fact that it his duty not to be happy for himself, but for everyone else. His goal is to make the entire world smile for at least 10 seconds at the same time. Imagine all the light that comes from that?
I got to hang with this guy all of Vans Warped Tour
Check out. www.modsunmusic.com

“Did I Ever Wake Up” is his book which came out dec 15th, so you should order it! He’ll autograph it personally and you’ll feel it once you receive it in the mail. You’ll be smiling for sure.

5. For the fifth night of Chanukah i have my 5th artist…her name is Mariko 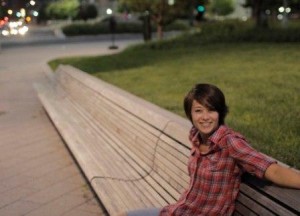 She is a half Japanese/ Jewish superstar who was discovered by Alex Clare in the subways of NYC a day before his sold out gig at the Music hall of Williamsburg. Not only was she found playing a sick tune, but she was actually singing Alex Clare – Too close at the very moment, which got her a opening slot for Alex at the Music Hall of Williamsburg. Gorgeous and funny as ever, this gal has shed a lot of light on me by listening to her story. She plays all the time in the subways which is called “busking”, but the rest of her day is spent shooting emails and booking gigs. Just imagine if she was playing a Snoop Dogg song in the subway, and Snoop Dogg came up to her and said, “whats the dizzle miss half-jewish japanizzle mama sizzle, would you like to open up tonight at my show for rizzle?”

Check her out at www.marikosmusic.com and buy something for Chanukah, Knishmas, whatever..:)

6. For the 6th candle of Chanukah I got to make sure ya’ll know what the deal is here. The big homie Kyle Rapps has been the guy who sheds light to the hip hop scene all around the world. 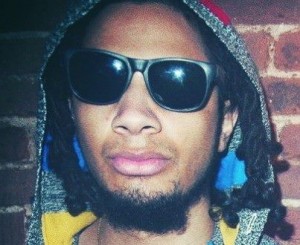 Before he was being super hip in Harlem, I was previously looking up to him during his first days of rapping at Rutgers University, when I would see him play in front of huge crowds after I got out of incarceration+ institutions.
I get a lot of my life info and guidance from him as a friend and fellow Emcee. We usually speak to each other from far distances when we are in weird cities on tour, and although we disagree a lot, we support each other through the thick and thin of this rap shit. Now thats light! I saw Kyle have songs

Get his free album “Syndication” with Diwon by clicking here

7. The 7th artist for the 7th night of Chanukah is SHINOBI NINJA. 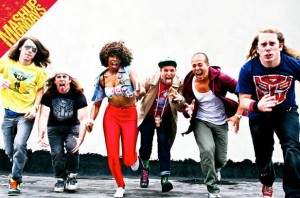 They are great friends, touring partners, and more so the hardest workers I know in the Rock n Roll business.
They are also people who consistently help others in need when on tour and give it their all at a moments notice. I have seen them play in everything from snow and rain to sunshine, literally. Peep them at SXSW for sure this march, but hit a show before then! Whether its 30 people or 3,000, they will Rock Hood. They even have their own video game on an Iphone App. These guys spread light! I seen these guys break down with their van and fix it and keep going. They book their own gigs. They have their own office. They have their own studio. They stage dive even if there is not a stage. I even had one of them beatbox for me at a Sabbath dinner where i spoke about my story from jails to rehabs to world tours and we received a sanding ovation from Roger Daltry of the Who.

8. The last guy for the last night of Chanukah is the guy of them all. DIWON aka EREZ SAFAR 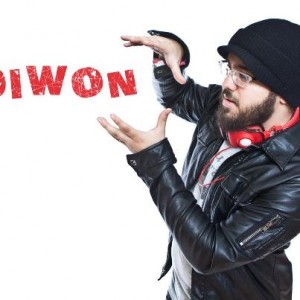 Diwon aka Erez Safar, who personally called me out 6 years ago for overstepping like every boundary in the book. (yes i despised it!) He grew from a small label producer (modular moods) and Sephardic Music Festival creator to a sick ass producer of hip hop to dream pop with www.bonhommusic.com. The reason why I support this guy is because he has gone from creating small time work in Maryland to moving to Brooklyn to across the USA with his wife and kid to Los Angeles. Not only that, but even his wife was interviewed on Perez Hilton for her cooking recipes. His family is a press creating machine that shuts down on Shabbat, and have always welcomed me into their home to watch me grow.
I have never met anyone who can do all this, and land PR that put me in Spin Magazine with C Rayz Walz, and then land himself in Wall Street Journal the other week and still not take all the spotlight? Oy! This guy deserves props.

#9 – The Shamash of the Chanukiah (the lighter) is Mr Green 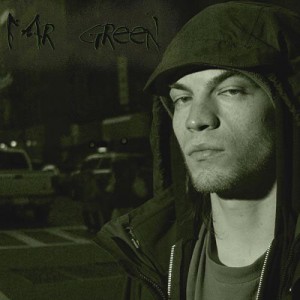 The lighter of them all is Mr Green, who produced a song for myself Matisyahu and C Rayz Walz in 2006 called “Childhood.” Mr Green has continued to grow as an artist with a huge array of instrumentals and projects that combine boom bap hip hop beats with the best of rappers. he even makes beats from street sounds and makes them into music videos for NOISEY, which is Vice’s Music Channel.

follow him on twitter (@greenhiphop) and buy his new EP on Itunes right here with Pace Won – The only number that matters is 1.5

Now that Chanukah is over, you (the reader) can add 4 more artists of your own to this and spread it to your friends for the 12 days of Christmas. There is no specific reason for this article, but I love it when other friends of mine find out about other artists. So check out my friends who spread light in their work. They all came from some point of darkness, and now give that holiday light to the globe. You can contact them too. They’ll be happy to chat with ya I guarentee. Tell em kosha sent ya.