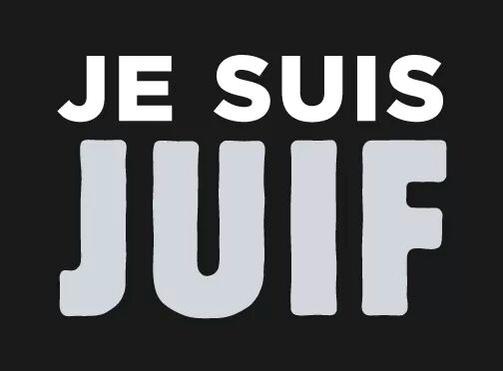 AS many of you know there were horrible attacks in Paris, and during that time there were journalists killed and there were Jews killed. The difference was Jews were killed for Jews, and Journalists were killed for something they said about Islam. Growing up in my family, the difference was that we were aware our family was significantly smaller because portions of them were killed off for being Jews. As time goes on, it seems there is this neo -anti-semtism that takes to the internet and it not only has been affecting us since the early 1900’s of NAzi Germany Era but also is beginning to seep over into the rest of Western society, as in our satirical journalists of Charlie Hebdo. Just remember that as #freedomofspeech is something that is necessary, being #jewish is something we cannot change, yet we get killed with the same bullets by the same terrorists for just that.

So yes for ever #jesuischarlie everywhere that I go, but #jesuisjuif everywhere for who I am.