SO I GOT DEPORTED (banned from the UK) - Kosha Dillz World 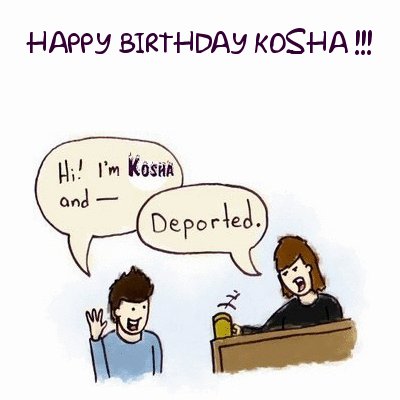 So as many of you know, I have been out on tour doing my thing in Europe. I had the honor of taking stage with Bekay at Hip Ho Kemp, along with performing many shows in prime hip hop spots of Europe after. Apart from being part of a festival with my friends , and sharing the stage with likes of many underground stars from Necro, Foreign Beggars and Boot Camp Clik, I also got to hit the road with 3 more shows in Paris Berlin and Hamburg w/ Freeway and Jake One of Rhymsayers/Rocafella fame.

See, many of you know after these dates i was to take part in any educational and cultural jewish conference called Limmud. Its a non-profit participant thing with speaker sessions and a few performances. Since I had a bout 1 hr os sleep when I got to customs, they sort of hit me with 80 questions and made me feel like a criminal. Things like
“why are you lying to me!”
“all you do is tell lies”
“you deceived me!”

I told her I was here to see some friends. Lucky for me, I have friends all over and it is nothing but the truth. Its my b day!

a very stern woman of._________ descent..not to be racist (but who peepd my JEWISH FESTIVAL) thing and commented on how I called her crazy..(she was wyling a bit)
basically cornered me into a room and threatened me and said she spoke to all the people and sort of conned me into informing her of my things. I actually paid for my ticket so I told her. The conference has never needed any reason fora visa. In the first time in 30 years of the conference since 1980 on my b day, I ended up getting deported. I was held all day and want to apologize as I should have had a VISA. So I suggest for people who are even hustling cds (they will find your merch (<----- I had none! I ran out) NEWS FLASH: Geta visa, even if you are trying to get gigs, the rules have changed int he last year. Even if you buy your own flight, anbd are hoping to get reimbursed. Even though that is not making porfit, its the exchange of money and some how some way I got that as truth/deception/ not believable to enter the friggin country. once you are having me in a "waiting room" which is a holding cell for you law abiding citizens who haven't been locked up before. You start wigging out a lilttle bit, and that eventually puts the icing on your cake for deportation. I am now leaving and will hopefully be back, but it'll be a process. APologies to the fans that came out to Limmud to link with me. I will see you soon! love kosha USA ALL DAY...and oh yeah..HAPPY BIRTHDAY TO ME!! and the airport friends i have made along the way.!

VOTE FOR ME ON MTVU’s FRESHMEN 5 – help me win MTVU ROTATION FOR A MONTH!a killer OMAHA freestyle

4 thoughts on “SO I GOT DEPORTED (banned from the UK)”