As I sit down at the Hotel Cerginov where me Bekay and El Gant stayed after we rocked out for thousands of people representing the rawest form of hip hop.
I heard news while out here that Fat Beats closed down and I would love to speak on some experiences I had while hanging at the stores, from LA to NYC.

I can recall once I got my first record pressed, Chainsaw Music, that existed within the realms of the store. While in 2005, I pressed up the vinyl to give to the store, the first person I sold this vinyl too was actually in the store and was from Florida. I later went on to sell vinyl outside the store on my birthday, even though they carried it in the store. Like an idiot, I was so excited about my record, I sold it for $3 outside instead of $5 inside. Being so excited to be part of the vinyl family almost ousted me from their actual location but it was still a funny moment in my life.

In Los Angeles, I would always stop by the store to pick up copies of my record on tour, from 2006, putting in records with C Rayz, Yak Ballz and Flex Mathews on numerous occasions. I would hang out up there and get parking tickets downstairs on the rental car, and I would also pass out fliers and meet various tastemakers in the game, from Kool Herc in LA, to seeing Black Milk with a live band this past year to seeing Pace Won and MR Green and chopping it up with Brown Bag to Mr Houseshoes in LA. Man!!

What about the time that I did the Beverly Dillz in-store in NY, after my tour with Matisyahu, only to have my car broken into, my computer stolen , and to purchase the very MAC book I am typing this story on??

Wow! What memories! I also remember picking up C Rayz Walz from Fat Beats, after he told me he wasn’t gonna do this show I booked a deposit for in 2006 in Washington DC, only for me to force him to go as it was my first tour…and yeah..you can figure it out…it all comes down to insane times at a place that really does it big on all levels. 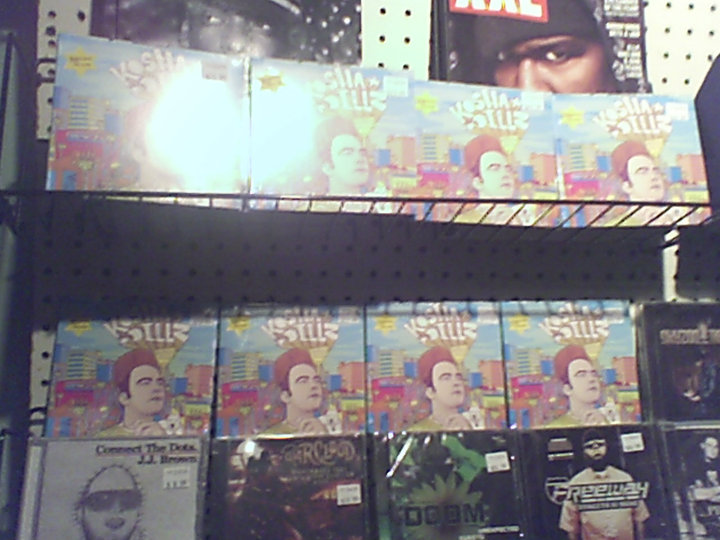 here is flex!! (and the homeboy sandman cameo)

here is me!! (and the vinyl that every MC should have) 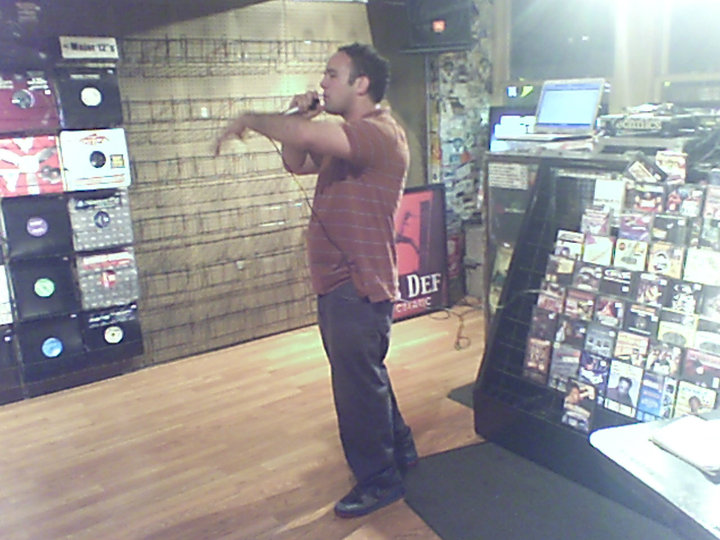 In regard to this closing, I can only say that it drives me to not give up the fight. The whole purpose of a MC like Elzhi recently told me is that, “You’re telling your story with something to prove, and represent what you represent.”

I represent something very intricate. Not many people do what I do if any, a Jewish israeli repping swagger happy funky swinging freestyle by way of NJ with multi cultural influence and a healthy appetite for partying while spreading a message of Fun for those who need Hope. My message changes every day. But my goal is the same. Hip Hop makes me part of. I need longer not isolate from the evil sounds that are in my head. When I release music and it affects people, it finally makes sense. People tell me I change their life in Serbia. People say I change their life all over the world…(wait who…? Me? You must be talking to someone else?) Hip hop Kemp bring together 20,000 hard core hip hop fans and ultimate parties till the sun comes up. If you haven’t seen hip hop yet, this is the place to be! Yes,. All cultures and creeds coming together for one purpose. The music.

No its true. Me. Rami, Kosha Dillz, KD Flow,…its real. This blog post is not a rite of passage but a thank you to the Fat Beats and the NYC scene for raising me on man secondary relationships I have strictly through music. It’s really awesome.

Until we meet again, Fat beats. Thank you for everything so far, and thank you for picking up my records, and giving me the credibility and chance I have worked for. We all have to start somewhere. Your place is a great place to start!